Monday, February 20th. In the historical Collegium Minus 135 Erasmus students attended the new semester inauguration ceremony. Everyone got small presents, such as bags, t-shirts, clipboards and pens. Ceremony, attended by UAM professors Ryszard Naskręcki, Rafał Witkowski, Anna Roter Bourkane, Marcin Witkowski, Anna Kamińska-Abram and by Kaja Janiszewska – president of the ESN UAM Poznań, was led by the ESN members Patrycja Płachecka and Dominik Kurzawski. Students have received vital information about classes, courses and about attractions that awaits them in Poznań.

After the official part, evening chillout in Colloquium Club was planned. Plenty of Erasmus students came to the Welcome Party, which featured international decoration in the form of many country flags. It was a great excuse for integration between ESN-ers and Erasmus students. Integration games were held, accompanied by music from every corner of the world. 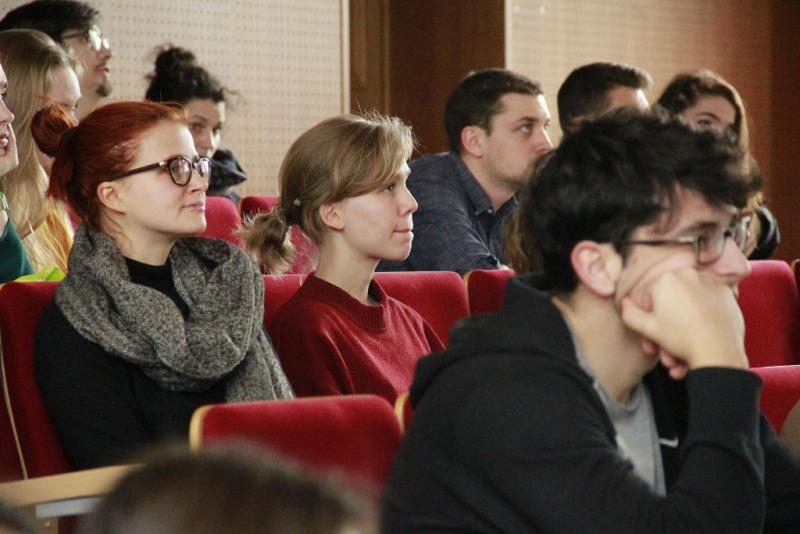 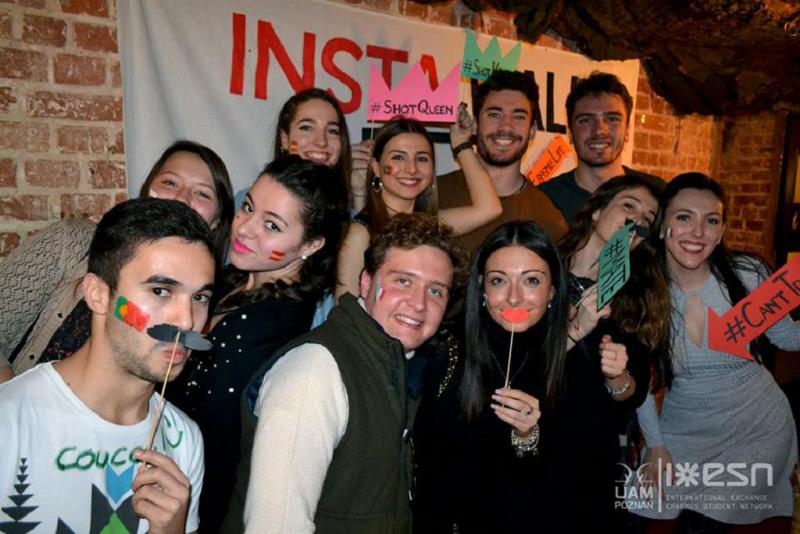 Tuesday, February 21st. Newcomers are going to spend the next few months in our city and for sure they will have many chances to explore the city. We decided to help them with it and invited them for Poznań tour with a guide. That gave them the chance to get to know city history and to see the most interesting places in Poznań. But Poznań is not only abut history, and that's why we brought them along to „sightsee” local pubs. Famous Pub Crawl was full of puzzles and games, including painting faces and portraits. 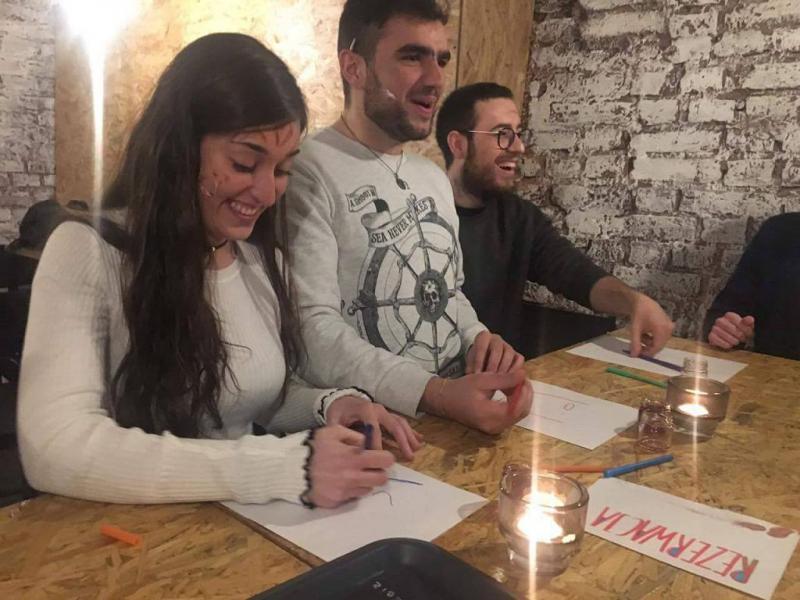 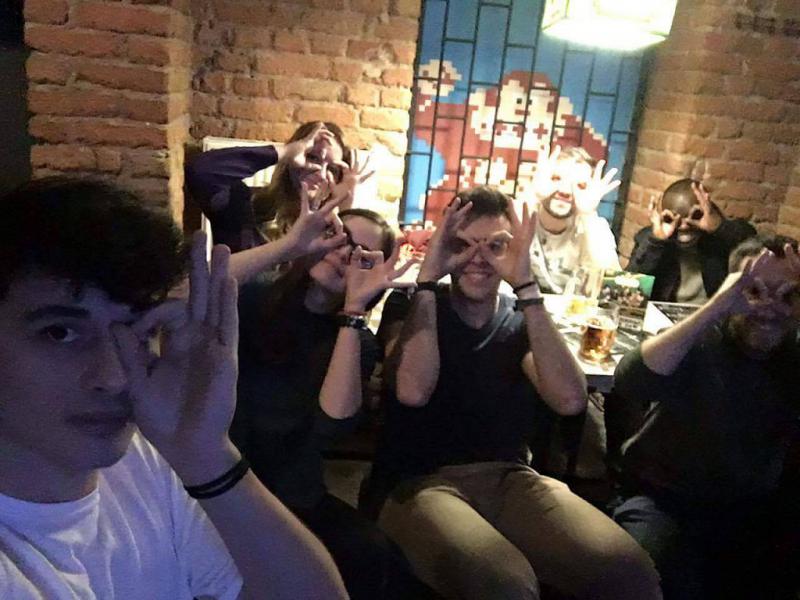 Wednesday, February 22nd. Poznań is not only the history. If it comes to sport, first of all INEA Stadium, where European Football Championships 2012 were played, is worth seeing. While visiting, Erasmus students got to know the history of the local football club (Lech Poznań) and the stadium itself. Many curiosities were presented, such as: how much does replacing a stadium bulb cost, what does it mean “robimy Poznań" (“Let’s make Poznań) to Manchester fans or even how does it feel to spectate sitting in president's lodge. Everyone was impressed by the sport complex and the club's history as well. Everybody agreed that they have to come to see the match - that's how our club gained new supporters. In the evening along with couple of dozens of Erasmus students we went on a two-hour cheerful tram trip. Tram Party ended up at PST Słowiańska station and then we headed for 9 stóp club, where the afterparty was held. 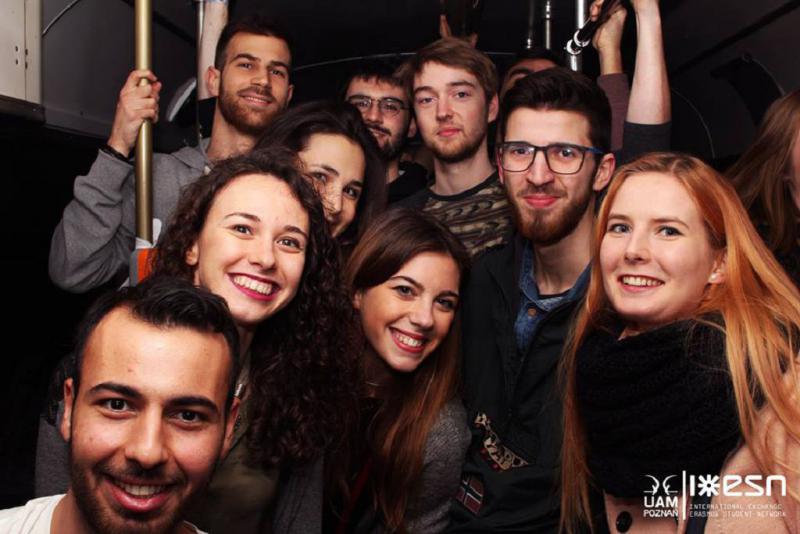 Thursday, February 23rd. If you want to get to know the city, the best is to start from the beginning. It somehow happens that the best way to learn about the beginnings of the regional capital of Wielkopolska is from a museum. That is why we visited the Porta Posnania (Brama Poznania), one of the most modern complexes of this kind in Poland. During almost a one-hour tour, foreign students had an opportunity to get to know the city’s history in one of the five available languages. In the evening we went to Shisha Bar where belly dancers, owners playing drums and, first of all, water pipes of several flavours awaited us. 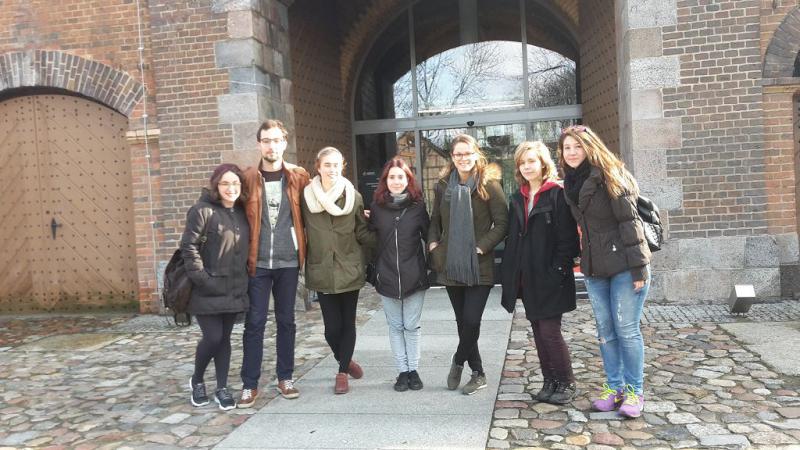 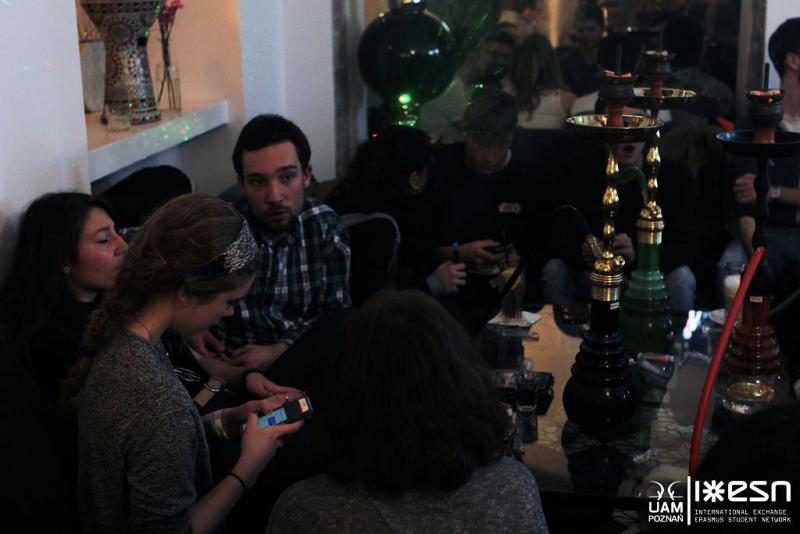 Friday, February 24th. If Poznań, then Lech, and if Lech, then beer, among other things! After visits to pubs, it was high time for a visit to a local brewery. As usual, we invited international students to a place where... a source of their later adventures is made. With the help of a guide we learnt about the beer production process and we tasted different varieties of this hop gold. At night we had a great fun in the Czekolada club so that we could dance up a storm and use up all the beer calories we had drunk before, of course. 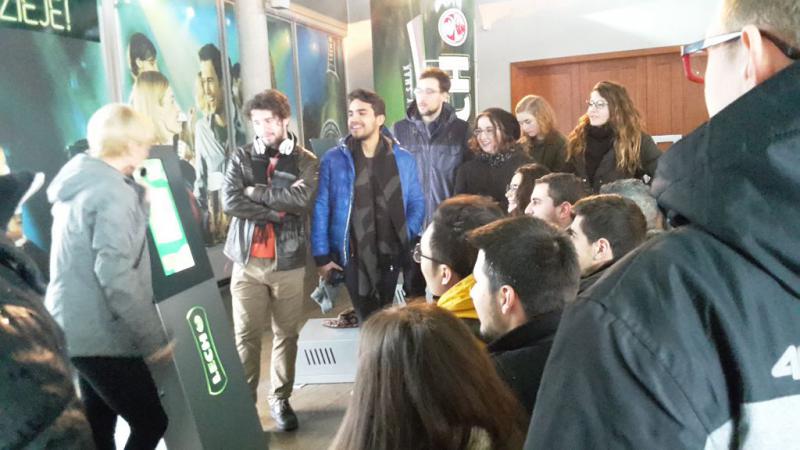 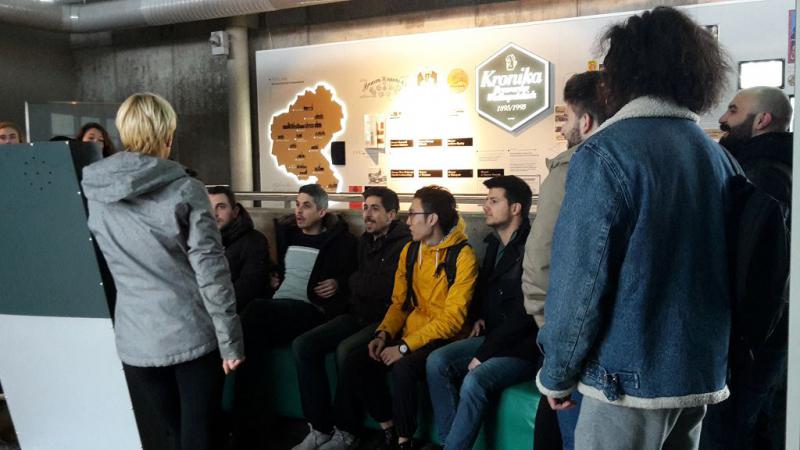 Saturday, February 25th. New city, new people, new reality – it would have been difficult for our foreign guests to wrap their heads around it all had it not been for… Mentors. Among other people, it was them we had in mind while organising Buddy Day in the Student Depot Polonez, where everyone could try their luck playing interesting get-to-know-each-other games. The event started with a game of remembering names, then the participants were faced with a whole lot of original questions during Speed Meeting, and lastly, everyone  got a chance to showcase their creativity playing “Czółko” and describing words which a previously chosen person had to then figure out. 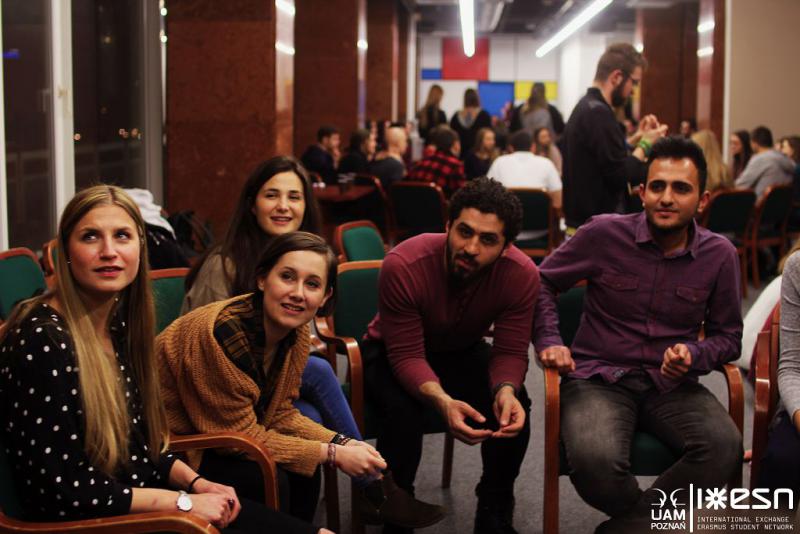 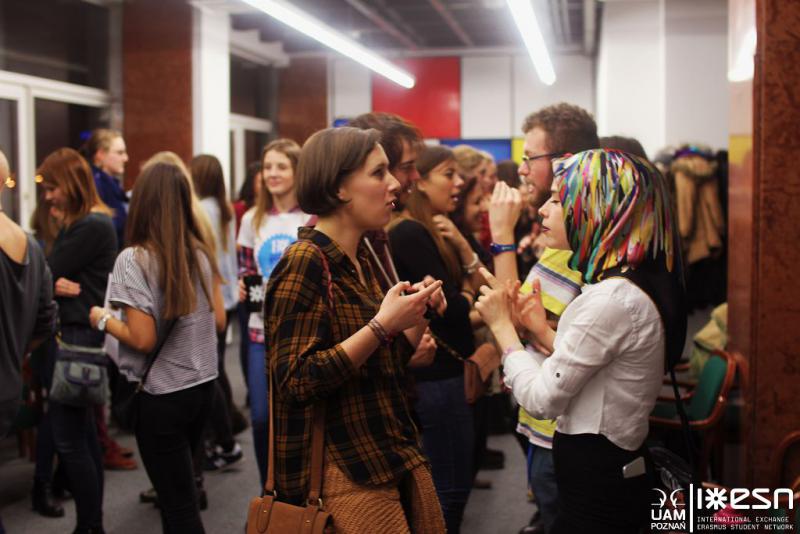 We also remind you that another edition of the Buddy Challenge is on! What does this name mean? Eight tasks which a Buddy should do together with an Erasmus student he/she takes care of. Some of these tasks concern basic situations in which a Buddy has to help his/her Erasmus student, such as, to pick them up from the train station or the airport or to take them to a right Faculty of Adam Mickiewicz University. The rest of the tasks rather regard a turist side of being an Erasmus. Who, if not a Buddy, could better make sure that an Erasmus sees the goats at the Old Town, eats real Polish food or... goes to the first party during the Orientation Week? Below you can find photos of some Erasmus students, who have just arrived to Poznań, with their Mentors.