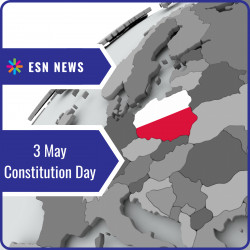 Every year on May 3, Poland celebrates a national holiday, which commemorates the adoption of the Europe’s first and world’s second modern written constitution in 1791. Although the constitution was passed 230 years ago, it still carries many universal messages and indicates agreement between opposing political parties.

Authors of the act showed imagination and concern for the good of the state. The constitution’s role was to make the public aware of the necessity to introduce changes in the functioning of the state and to announce reforms. The act assumed strengthening the executive authority. Until 1791, the Polish system was based on the "liberum veto" principle, which allowed nullifying the adoption of any bill by opposition of just one deputy. As a consequence, it was impossible to introduce laws without the unanimous decision of all present deputies. The constitution implied, however, that all decisions were to be made by a majority of votes. It also regulated civil rights and liberties.

The signing of the document was treated as a civilization achievement of the Polish-Lithuanian Commonwealth. It was also an important point in the history of Poland and Lithuania. The act was a model for other countries at that time. The new constitution gave hope to Poles, who feared political actions of their state’s partitioners, that they would regain independence and strengthen the state. Although the law was in force for just over a year (it was overturned during the Polish-Russian war in 1792, and as a result of actions of the nation's traitors - the Targowica Confederation), it is still treated as a symbol of Poles' struggle for independence. 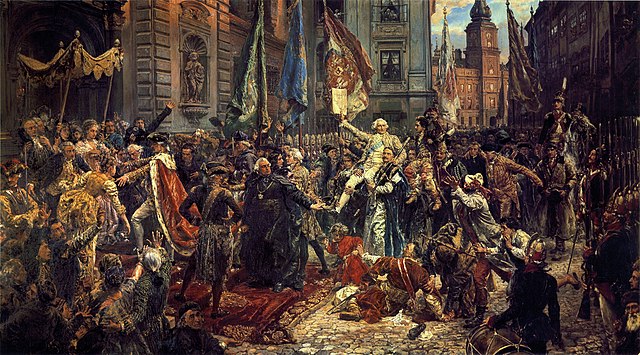