If porcelain, then only the kind… —  a few words about Poznań’s murals

Words on the walls and giant colourful paintings. It was the murals that surprised me the most when I visited Poznań for the first time.

It all started with Barańczak’s portrait and his poem written on my university’s building. Later, I came across the poem of Szymborska at Kolegiacki Square and then Koziołki (aka “Poznań Goats”) on Piekary Street. Over time I started to walk through the city only in order to find new traces of Poznań’s street art. And finally a map "Z bliska, z daleka" (“From near, from far”) fell into my hands, and gave me 94 reasons to go out and look for new murals, neon signs and graffiti. Today I want to present to you those that in my opinion are the essence of what Poznań’s street art is about.

1. “Śródka story featuring a trumpet man and a cat in the background”

This unusual, 3D mural, designed by Radosław Barka in Śródka district (Śródka 3/ Środecki Square), that attracts tourist, was finally finished in 2015 after many adventures/dramas. This mural did not only add a lustre to Śródka district but also tells us its own story. The trumpet man that sits on the rooftop is supposed to remind the inhabitants of the Śródka Town Hall, from which a burgle bell could once be heard. The green house and the butcher refer to Poznań’s butcher shops. A cat could not be missed on the mural as it’s the district’s symbol. 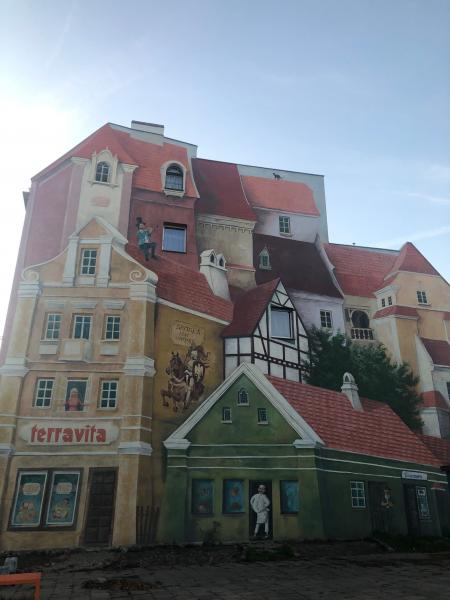 A giant mural on the wall of a hotel, located on Piekary Street (entrance from Święty Marcin Street), is welcoming tourists and pedestrians from far away. On the mural you can find the city’s characteristic symbols and buildings, e.g. Koziołki, Town Hall, and Old Town’s houses.

Those who live in Jeżyce district or use the tram from Piątkowo district to the city centre, will surely recognise this phrase:

CIGARETTES ARE THE INDIAN’S REVENGE

It’s nice to be important. But most important is to be nice.

For a moment. Nothing by force.

Those are only exemplary slogans that have appeared right in front of the jeweller’s on the corner of Roosevelt and Dąbrowskiego Street in recent years. Interestingly, the author remains unknown to this day, and the texts are not any kind of the jeweller’s advertising. 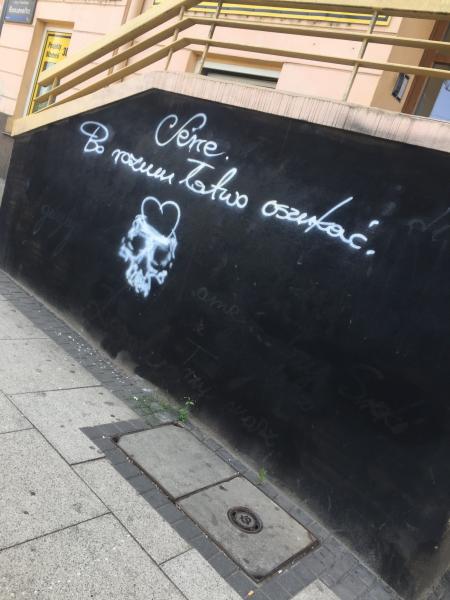 You will meet him in Poznań, Barcelona, Berlin and London. On the city wall, inside the gate, on the dumpster or your block’s wall. A one-eyed character called the Watcher or Pan Peryskp (“Mr. Periscope”) is a part of the artistic ego of the Poznań’s street artist known under a pseudonym Noriaki. If you haven’t had the chance to meet the Watcher yet, go for a walk and look around closely. For sure, you will quickly feel the Poznań’s one-eyed symbol’s gaze on you. 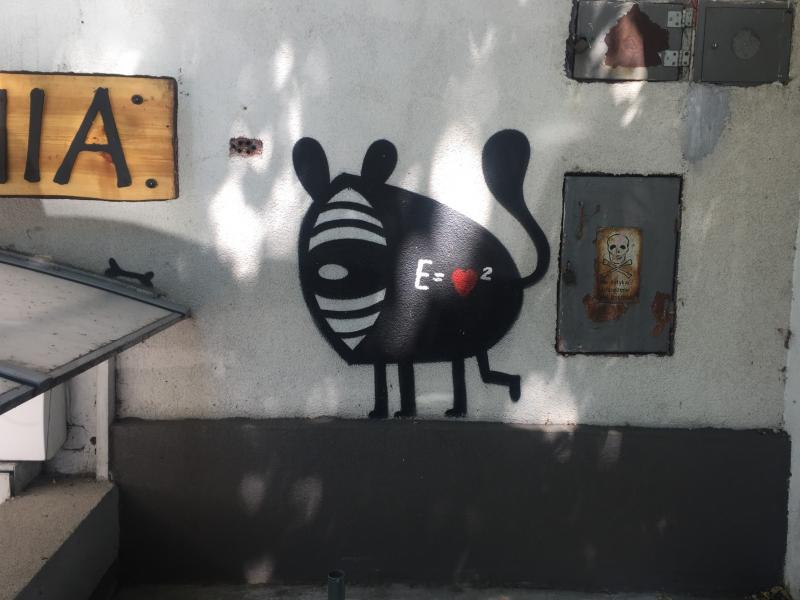 Project Beyond the dreams (Wawrzyniaka Street 9), murals from Outer Space Mural Festival 2013 (Poznańska 12 and Wąska 1 Streets), Bliss by Szymon Kaczmarek (Mansfelda/Strzałkowskiego Streets) are only some of the murals offered by Jeżyce district. Some of them you can see from far away; to find others you have to walk around the street at least two times. It is for sure a great idea for your Saturday afternoon walk! 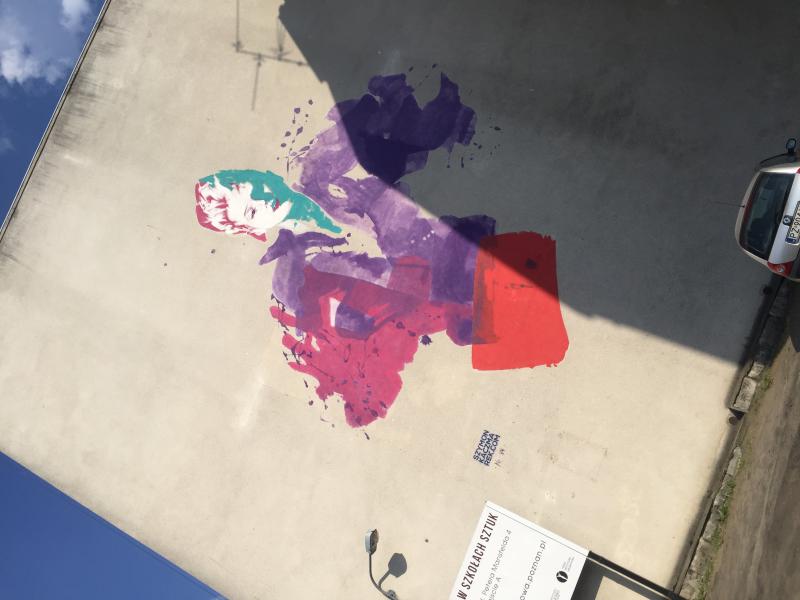 Project Poetry is what is born of life by Joanna Pańczak and Tomasz Genow is nothing but poems of famous Polish poets painted on the walls in different parts of the city. Here are some examples of them, which you can come across while strolling around Poznań:

Stanisław Barańczak If porcelain, then only the kind (Szyperska/Estkowskiego Street) 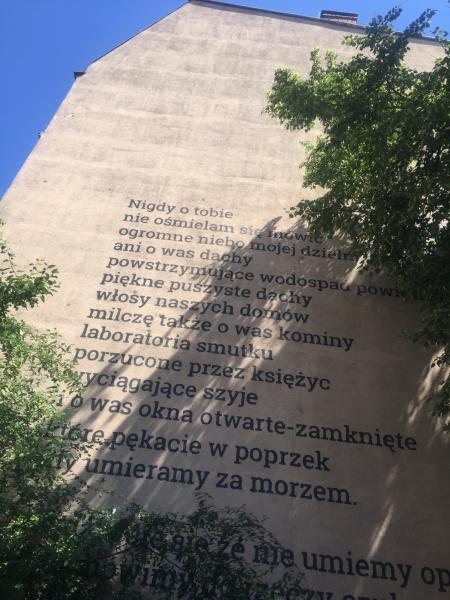 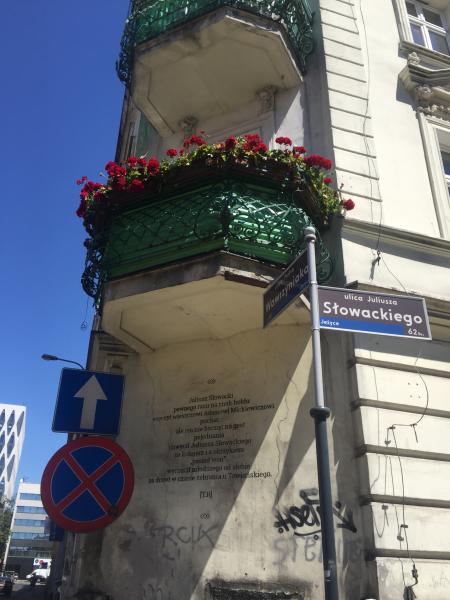 Do you want more? Just download the map, gather your friends, and let yourself be surprised by Poznań’s street art totally for free! Who knows, maybe you will be able to find murals that were not included on the map? Below you will only find some examples. Have a good time walking and looking for them. :) 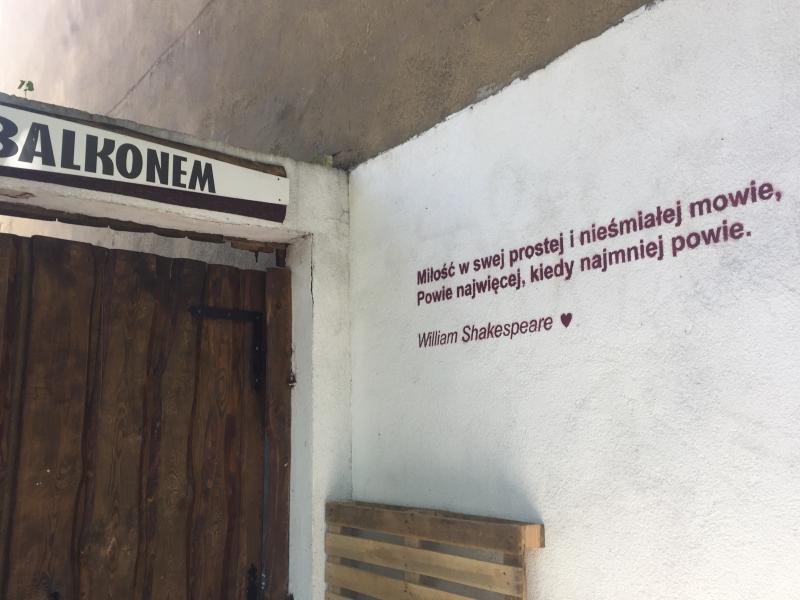 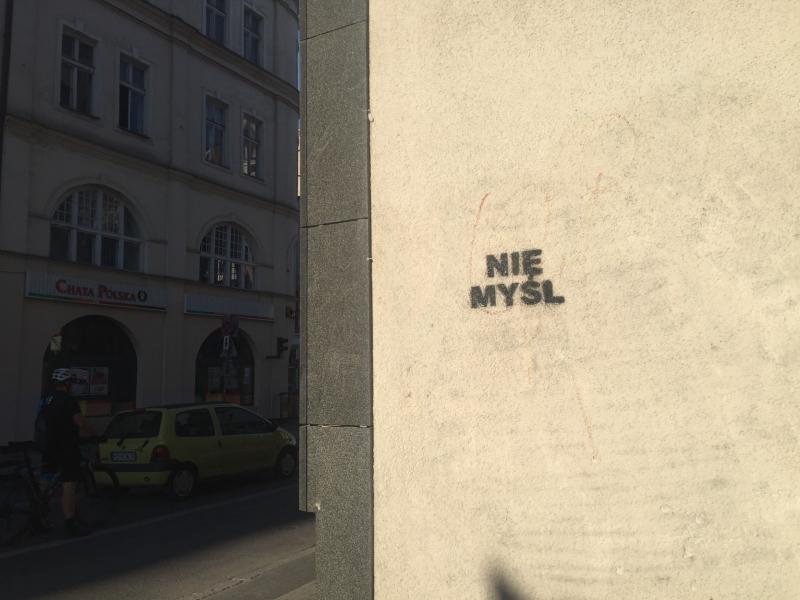 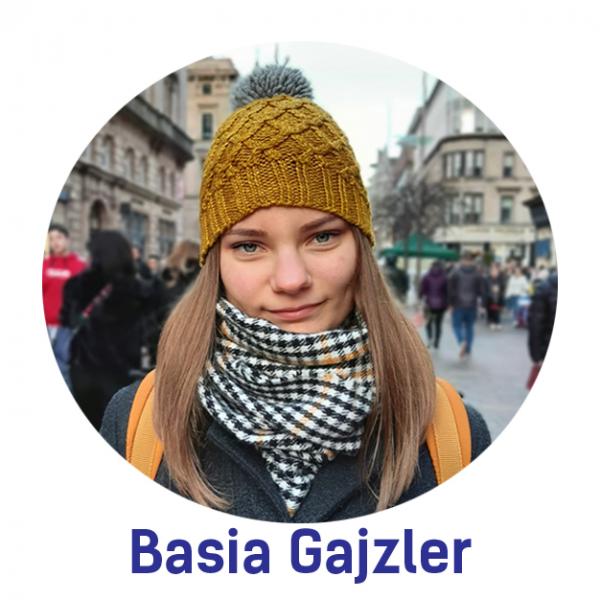 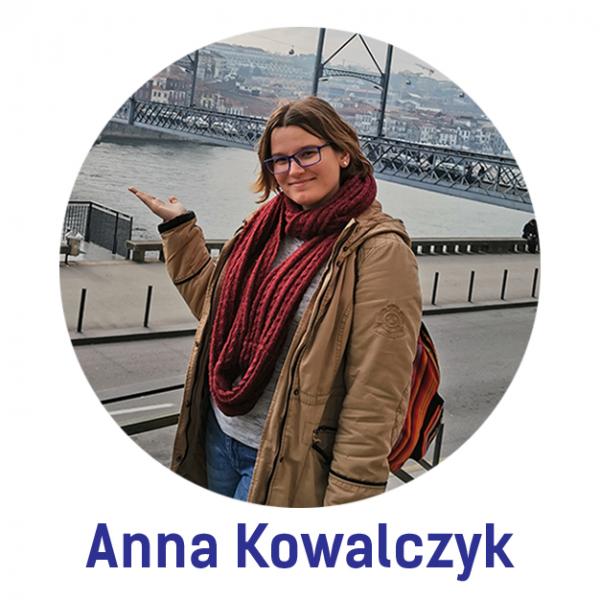